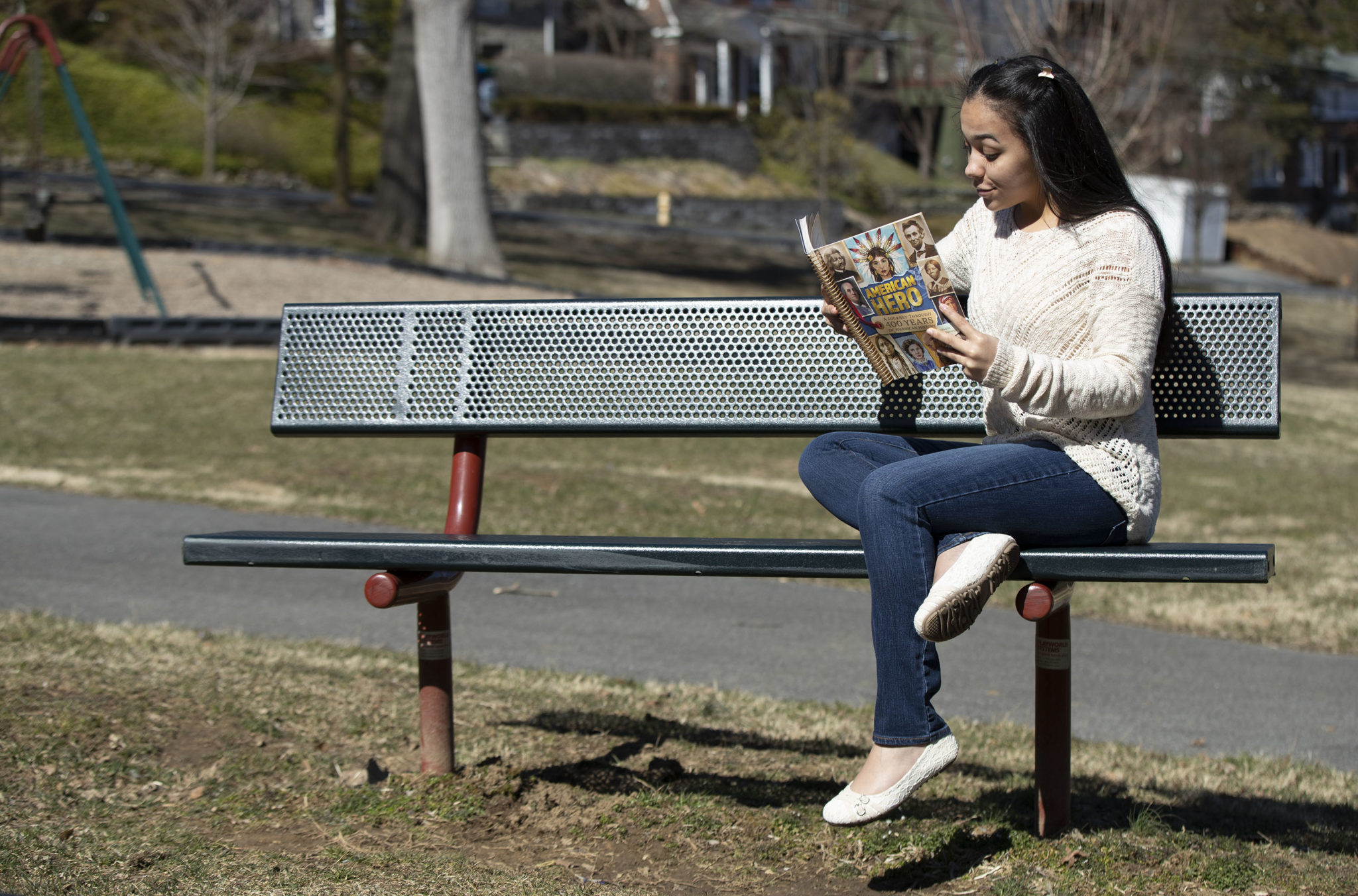 I was a wild child, too restless for my school in the rough streets of Brooklyn, and I spent more time in the principal’s office than in the classroom. In the fourth grade, functionally illiterate, I earned special placement—in the corner of the class. My teacher, Mrs. Coleman, dropped a stack of comic books next to me and told me to make something out of these. Surrounded by web-slinging teenagers, alien superheroes, and demi-gods, in the midst of concrete jungles and far-flung landscapes, I saw the world where I belonged. But those black squiggly word things were in the way, often blocking more action, which I craved. Mrs. Coleman told me that those words were part of a bigger story, a more grand adventure, way cooler than even the incredible drawings of rainbow bridges to cosmic realms—and totally secret until you solved the mystery. Figure out those words, she said, and the universe is yours. A month later, I was reading the Iliad and the Odyssey.

A career of reading and writing led me to teaching. When I introduced a history textbook to my eighth grade class, one of the students, Max, shouted, “I hate books!” He crawled under his desk and into a fetal position. He reminded me of someone. After class, once he calmed down, Max told me how reading textbooks made him sick. They were heavy, boring, and, though he loved history, he felt disconnected from the stories and personalities because the “life was drained out of them.” I realized Max was right. I put the textbooks back on the shelf and started telling the class stories about history. These stories soon evolved into American Hero and featured a fictional character, known only as the Zemi. As I told the class stories about how the Zemi came to America and stood witness to the great events of history, they encouraged me to write them down so they could read the stories over. The students felt engaged and kept wanting to know “what happens next.” Even Max. In fact, Max became so empowered by reading American Hero that by the end of the year, he submitted his own chapter to the book. A few years later, Max went to college, majoring in history.

Through Max and dozens of other students over the years, and, of course, teachers such as Mrs. Coleman, I learned that history can be exciting, engaging, entertaining, and even inspiring. To quote William Faulkner, “The past is not dead. It’s not even past.” The past echoes through into the present and into students’ lives when they feel the true, human story. That is what Midgard is all about. The name means “Middle World,” that land, according to the Norse, between chaos and dreams, where human beings, even wild children, can learn how to be human.