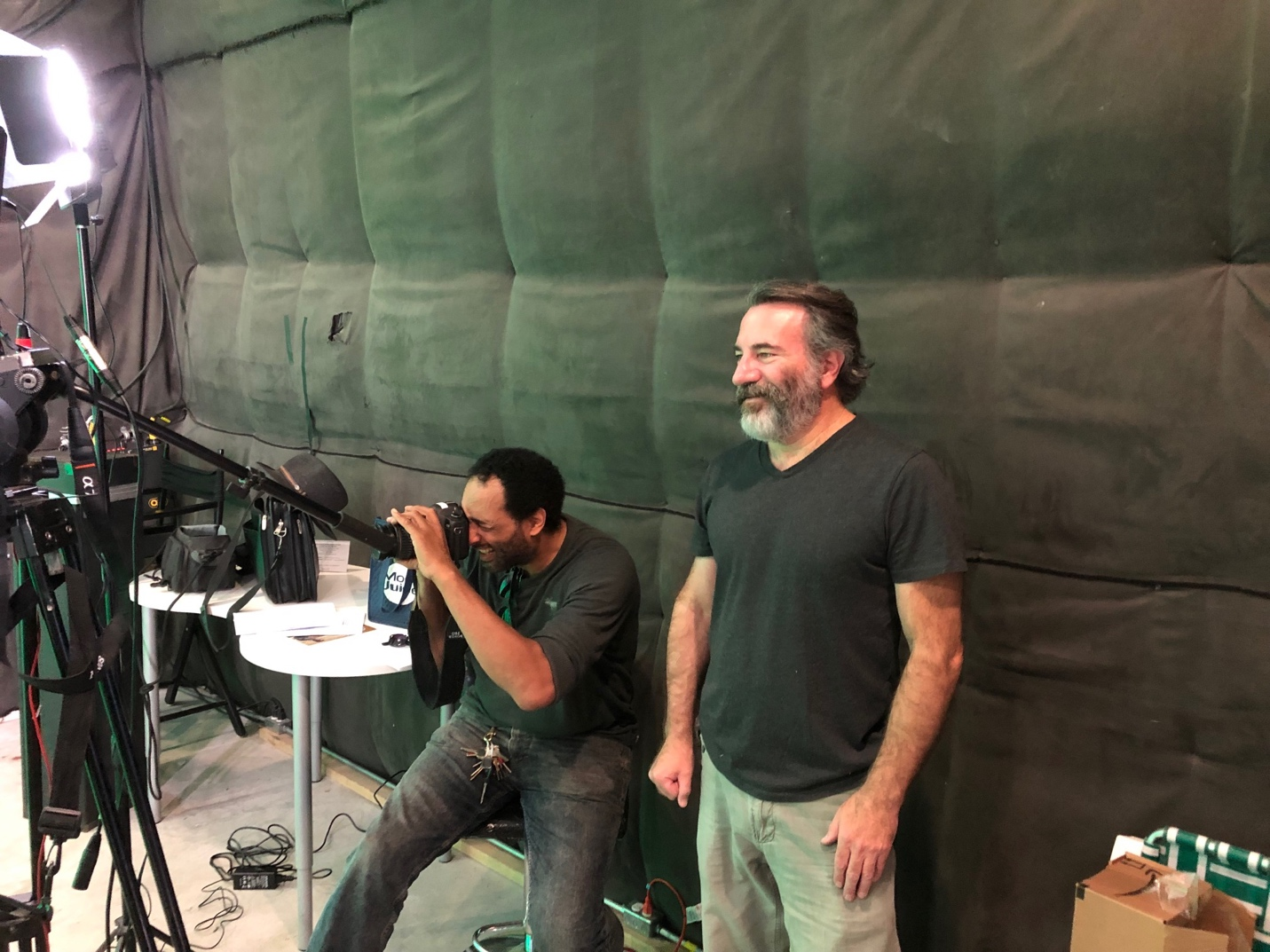 Director Richard Schenkman and Cinematographer Paolo Durazzo on the set.

Midgard’s editor-in-chief is my dear friend Stuart Matranga, whom I’ve known for many years as an author, editor, publisher, screenwriter, playwright, and teacher – all jobs at which he’s excelled.

A while back, after a number of years teaching middle school, he found himself so frustrated by traditional textbooks that he started writing his own – engaging, entertaining books that made history come alive for young students. I read them and was shocked to find myself brought to tears on more than one occasion; they are indeed beautifully written.

I was thrilled for him when I learned that Midgard Publishing had been formed to make his books available to students all over the country and honored when he asked me to produce and direct a series of videos designed to promote the books.

Stuart and I collaborated on the scripts, and then I put together a shoot. We kept the look simple, but graphically interesting, utilizing as many images from the books as possible. Despite having virtually no experience in front of the camera, Stuart did a great job acting as our spokesman. We also decided to reach for the stars a little bit on the piece that spotlights the inclusive nature of the books, bringing to life the historical figures Tomoe Gozen, Nancy Ward, Benjamin Banneker, and Joaquin Murieta.

We put out a casting call for actors who as closely as possible resembled these real people, we outfitted them in accurate period wardrobe, shot them live, and then handed the material off to a team of motion graphics designers and animators, to create a fun sequence in a virtual “gallery” of important historical personages.

I’m very proud of the finished spots, and I sincerely hope that they help make these books and teacher’s guides more widely known, because they deserve to be used in every American middle-school.