| Home / Blog / Learning Strengths and Personality Types: Who Are You?
education

Learning Strengths and Personality Types: Who Are You? 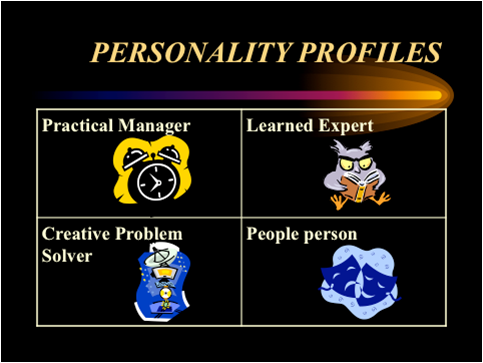 Who are these people? As the school year starts you’re going to find yourself in a room filled with strangers, many of them who don’t want to be there. And they’re middle schoolers, the most difficult sub-species of human being ever encountered. Their little bodies and sometimes not so little bodies are raging hormone machines, gauge needles bouncing off the red zone and the whole thing’s about to blow. You’re standing there with nothing but a roll duct tape in your hands and the sinking feeling that you’re not going to be able to science this stuff out. Welcome back to school.

But folks, I’m here to help you. When I was a rookie, I had the good fortune to have a mentor, Dr. Susan Baum, who is a world-renowned expert in talking teachers off the ledge. She and another amazingly bright educator, Dr. Hank Nichols, came up with a simplified version of a personality test designed for middle schoolers that simply helps you tell the oranges from the apples. It comes down to a few “getting to know you” questions that ask about what’s the best part of school, favorite kind of game, most enjoyable activity, that sort of thing. It was originally designed for students with ADHD, but here’s a news flash, everybody has ADHD or ADD or some D that’s part of the software that runs your machine. To find out more details, hyperlink to the “Personality Prototype Model.”

You can then analyze the multiple choice answers and get a rough idea of which one out of four personality traits seems to have more influence than the others on this particular human time bomb. There are a lot of conditionals in that previous sentence because this is not an exact science and teenagers can teach Jekyll and Hyde a few things about personality vortices.

The four personality types are almost self-explanatory. The Practical Manager is something of a perfectionist, wanting to get the job done and keep everyone else in line. The Learned Expert seems to know everything and is easily frustrated when other students or teachers aren’t as smart. The People Person feeds off relationships, avoids conflict, and is not responsive to schedules and deadlines. The Creative Problem Solver stares out the window or comes in chronically late but is likely to come up with the brilliant idea that galvanizes the others.

It’s simple, it’s nothing new, and once you make a pass at slotting your students into these four boxes, you can let it run in the background. But it might also help you deal with each student as the resplendently individual creature they are. You wouldn’t expect a people person to get their homework in on time, the way a practical manager would. A learned expert is quickly bored, and a creative problem solver is easily distracted. Knowing at least this much about these strangers can help. If you’re putting together group projects, you wouldn’t necessarily want two learned experts on the same team. However, if your groups have a healthy mix of all the types, and you’re aware of who’s a what, the machine might run a little smoother.

You might even try to figure out what you are, but that takes a lifetime.