Martin Luther King, Jr and the Misuse of Facts 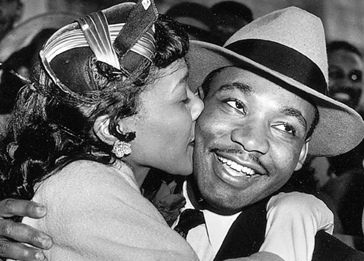 Every year on Martin Luther King, Jr. Day, this year on January 20th, we rightfully celebrate the man. We pull out our favorite quotes—there are so many, almost everything he said was memorable—we tell the stories of his heroic activities to gain respect for people of all colors and backgrounds. We admire his dedication to the Gandhian idea of peaceful resistance. We acknowledge his morality of righteousness rooted in the Judeo-Christian ethic of his upbringing as a Baptist minister and theologian. The man stands as one of the handful of truly positive role models of the 20th century.

However, recently, while lauding MLK’s accomplishments to a class of wide-eyed students, one of them questioned the received knowledge. She had read something on the Internet about allegations against MLK for sexual misconduct. In this era when we have seen many people in dominate positions be taken to task for inappropriate behavior, I had an obligation to take the student’s accusations seriously.

It can be difficult for anyone to go beyond personal prejudices. It’s very hard to see our heroes tarnished. On the other hand, we can’t just accept rumor as fact. In this case, there was an opportunity to look a little deeper than the click bait.

An important part of fact-gathering is not just discovering the facts, but vetting the sources of the facts. Anyone can say anything about anybody. The old Latin canard, cui bono, who benefits, is the key. In the case of the MLK, rumors about his “dozens” of extramarital affairs are unsubstantiated. There are no first-hand witnesses. No women have come forth as they had in the Bill Cosby and Harvey Weinstein cases. There is some circumstantial evidence, notes from sources who claim to have heard illegal wiretaps on MLK that the FBI collected throughout his professional life. Though some creditable historians have taken these accounts as true, the tapes and transcripts have been sealed for decades. Moreover, the FBI, under the directorship of J. Edgar Hoover had been plotting to undermine MLK since he first appeared on their radar. Therefore, the statements, whether ultimately proven true or not, are not trustworthy right now.

This is not meant to exonerate MLK, but there is a bigger point to be made about teaching students how to evaluate facts. Especially in this supercharged age of information currency, facts need to be carefully examined.

The answer to my student is that MLK may not be as perfect as I would like him to be, but he may not be as disreputable as the accusations suggest. The truth is often complicated and not always what it seems. One of the most important things to remember about history is that who says what is just as important as what is said.