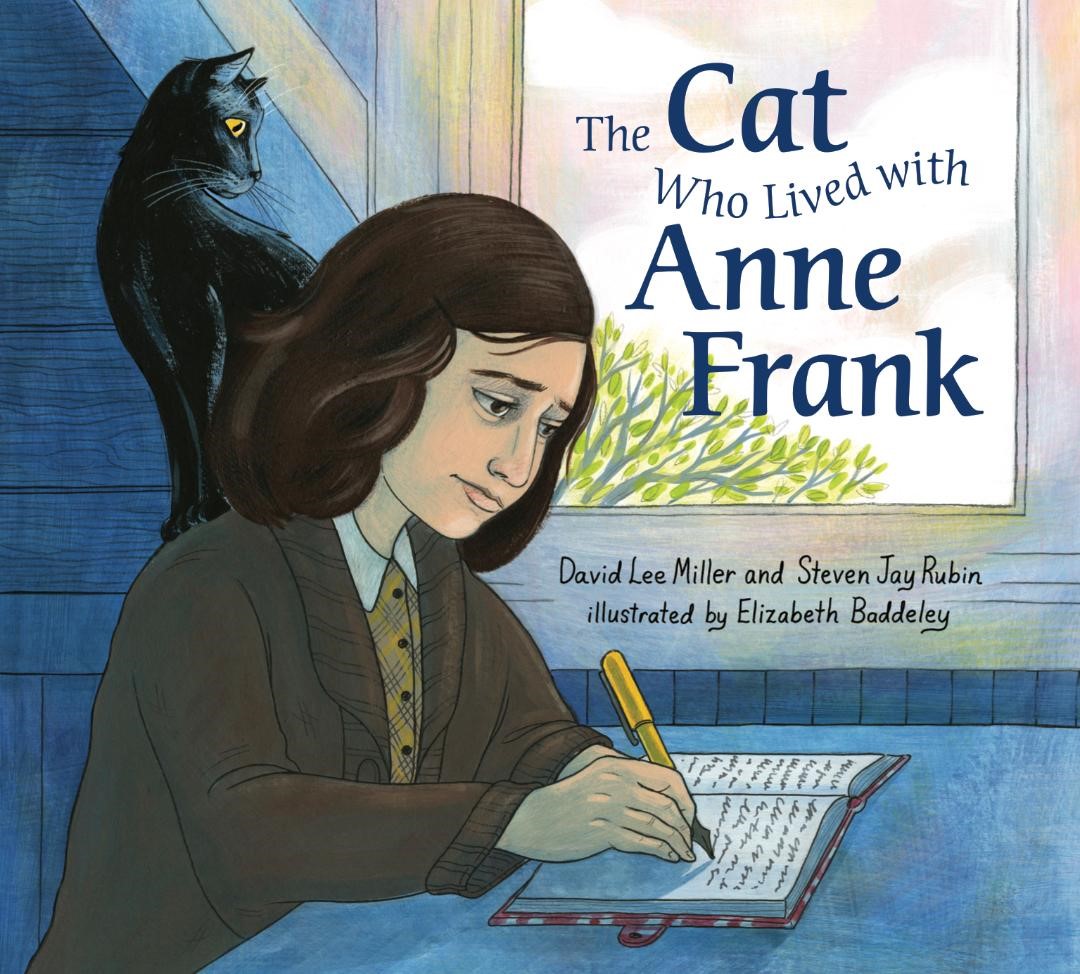 One of the hardest subjects for teachers in any grade is the Holocaust. It is, however, a cruel, but necessary obligation, to alert young people to the horrors that human beings are able to inflict on each other. The same is true for the terrible ordeal of the Middle Passage of Africans into American slavery and the attempt at the systematic destruction of the Native Americans. The key is to do it with sensitivity and respect. My friend, Steve Rubin, a movie producer (Silent Night, Bleacher Bums) and prolific encyclopedia author (The Twilight Zone and James Bond) and David Lee Miller, the co-founder of Regenerate, a non-profit media company dedicated to empowering young voices, along with the illustrator, Elizabeth Baddeley, have found that balance with their book about Anne Frank. They present her tragic story through the ingenious point of view of her cat. A perspective that uses novelistic techniques to delve into historical realities intrigues young people and draws them into a story which otherwise they might choose to avoid. I asked Steve to write a guest blog about his experience.

When David Lee Miller and I set out to write the children’s picture book, The Cat Who Lived with Anne Frank, we strongly believed that a new generation of young people needed to learn more about the events of World War II and the Holocaust. What better way than to tell a true story from the point of view of a cat who was really present at one of the most dramatic stories that came out of the war. Yes, a cat really lived in an Amsterdam attic with Anne Frank, Peter Van Pels, and six other Jews. By telling a story from the cat’s point of view, we could also do something that Anne Frank couldn’t do, we could go outside. So, through Mouschi’s eyes, we see that Amsterdam—that playful city on the North Sea with thousands of bicycles and a reverence for its Queen and the royal house of Orange—had become a scary city under siege with Nazi army patrols, military checkpoints and roadblocks, and a vendetta against all things Jewish. But it wasn’t all sad—Mouschi saw hundreds of Jews being successfully hidden above the wild animal cages at the Amsterdam Zoo, and he saw a Dutch freedom fighter, with the nickname of The Girl with the Red Hair, rescuing Jewish babies and young children from the old Theatre that had been transformed into a dirty, crowded, smelly transit center. So Mouschi proved to be quite a guide through World War II-era Amsterdam, each night returning to the hidden lair of Anne Frank, where she held her head up high and refused to give in to despair, influencing everyone around her, perhaps even a cat named Mouschi.